If Scheduled Maintenance Is Not Performed as Planned…

By Bettina Schmidt In
Sudden breakdowns of machines, tools and technical equipment are extremely expensive as they reduce productivity, lead to repair costs or new purchases and endanger delivery promises. The problem with this is that unplanned downtime does not distinguish whether it "only" triggers additional expenses across departments or whether strategically important projects – perhaps even with already critical customers – finally fail.
Consequently, a production plant wants to avoid such dangers. Preventive maintenance of such failure-prone equipment is therefore common practice, in order not to paralyze the entire production for a long time by a small detail – such as a missing wear part or lubricant – which is hardly relevant in terms of costs.
But how can it be ensured that the necessary measures are actually and regularly taken?
How much time must be planned for such regular activities and could the procedure be accelerated?
Cosmino PreventiveAction combines the planning of maintenance activities with the practical execution on the equipment. This makes transparent whether the preventive maintenance activity was successful and how much time was needed.
Planning of the PreventiveAction:
The activity is planned at a machine. Important information can already be stored for later execution. It is also possible to link to documents and websites. 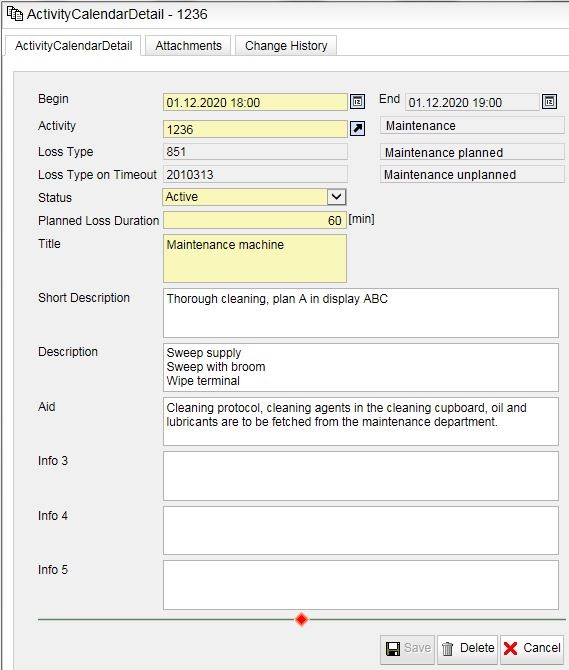 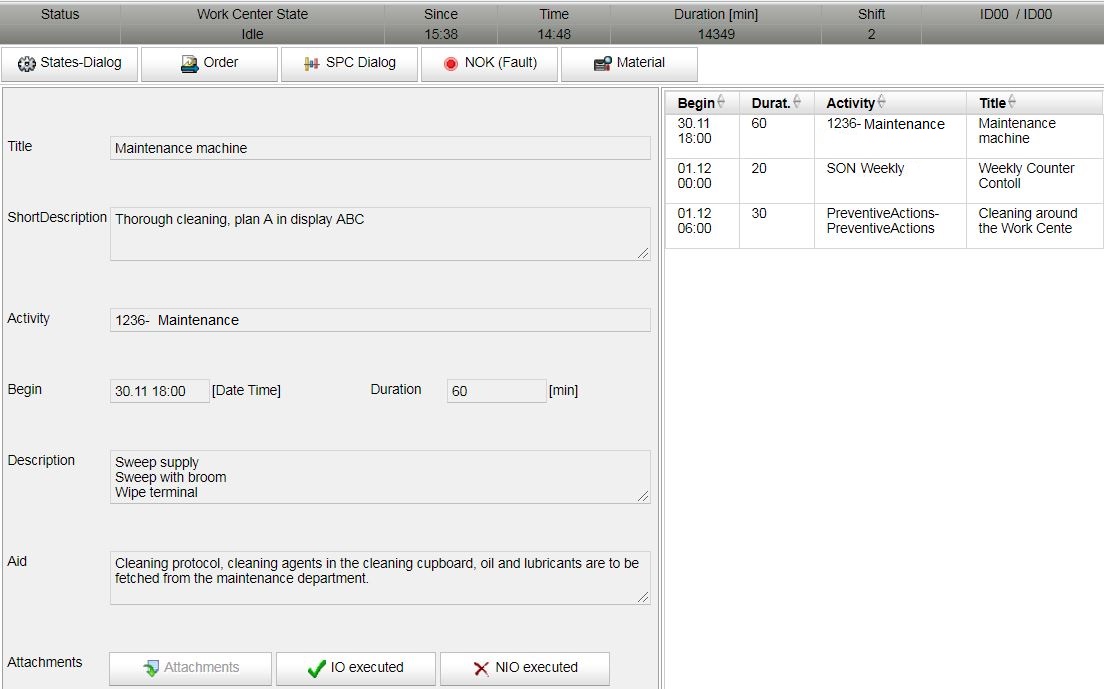 Reports:
The Cosmino Software checks if the actual duration of the preventive measure was within the given time. Reports show the ratio "planned to actual" for each type of activity and at each machine.
At the same time, it is possible that the planned duration of a performed preventive maintenance measure as a planned downtime does not worsen the OEE of the equipment, but the exceeding of the planned time is individually reported as an unplanned downtime in the OEE evaluations.
Cosmino PreventiveAction thus supports the reliable execution of preventive maintenance measures and distinguishes in the OEE evaluations and downtime analyses between a planned and an unplanned time share.
At any time Cosmino PreventiveAction can be extended for Cosmino PDA or MES. If you are interested, we will be happy to demonstrate the new function in a live demo.